Anyone who purchases cosmetics sooner or later faces the cruelty free argument. But what does this sign mean? Really buying cosmetics with this statement can you save life to animals? In this article we will discuss the subject and learn how to recognize cruelty free products.

Cruelty free: what does it mean? 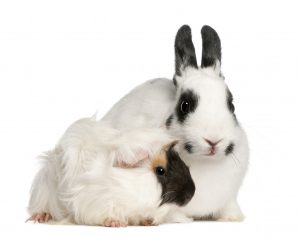 The cruelty free word used in the cosmesial world, but not only, refers to products whose implementation did not involve the use of animal tests to test the harmlessness of the cosmetic for human health. Both on the finished product and on the ingredients that make it.

Fortunately with the evolution of technology and consumer awareness, companies who say a big “No” to animal tests are rising. Unfortunately, legislation in Italy does not help. In fact, according to Law 92/32 / EEC it is mandatory to test every new chemical used for the production of cosmetics on animals.

The most used animals on which the safety tests for human health are performed are rabbits and mice. These trials cause not only death but suffering and malformation. There are estimated thousands of dead rabbits every year for experimenting with new chemical ingredients.

The only point in favor of this legislation is the “Positive List“. This is a list that includes all the ingredients tested on animals until 1976, so as to avoid repeating the exams of ingredients already tested by croping other victims among the animals. So there is a substantial difference between Not tested on animals and Cruelty Free, I have spoken here.

Do not be fooled by claims on labels

Unfortunately, the sales world is full of traps for the consumer, and it is not difficult to fall in good faith. If you as well as yourself have decided to say enough about animal testing, pay attention to what the product label indicates! There are usually five labels on the label, which appear to indicate a lack of experimentation on animals, but they are not:

Of these five, only the fourth word is official and indicates that no evidence of chemical and finished product testing was carried out on laboratory animals. “Stop Animal Testing” assures that tests or commissioning of third-party, human-health safety tests have not been conducted in vivo experimentation. The latest definition is not official, but indicates that no testing has been carried out throughout the production chain.

Companies that use the ingredients in the “Positive List” for the formulation and production of their products are called Cruelty free. They are recognized thanks to the logo of a bunny that usually runs printed on the product label. Alongside the logo, or in any case on a well-marked label, you will also find the text “Stop animal testing“.

If you do not want other animals to pay for man’s vanity with life, be careful what you buy! Cruelty free products make the difference. To read a label takes a few seconds, a precious time for the many rabbits you will save your life.