Experimenting animal products is a matter that is of interest to many people. For this reason many cosmetic manufacturers have decided to adopt and apply the “Cruelty Free” certification. But who indicates which standards should be respected? In Italy and Europe, two are the most important associations: Leaping Bunny and PETA.

PETA is the acronym for People for Ethical Treatment of Animals, literally “people for the ethical treatment of animals“, a nonprofit organization founded in 1980 for animal rights.

Founded by Ingrid Newkirk and Alex Pacheco, it is today one of the most important associations in the cruelty free sector, counting over eight hundred thousand and over one hundred employees. It is born in the big apple in New York, then spread all over the world, conquering Asia and Europe, beyond the United States.

Lesser efforts are focused on fishing, disinsection and fighting between animals. It is known around the world for the aggressive use of mass media to spread its thinking and raise awareness of the population.

Surely if you use cruelty free products you will have already seen the label of a jumping rabbit on the label. Have you ever wondered what that meant? That very famous logo indicates that the product is cruelty free, that is, neither the finished product nor the single ingredients used were tested alive. 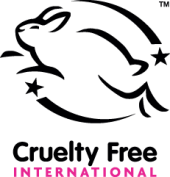 The Leaping Bunny logo was born in 1996 by the union of eight national animal protection groups that gave birth to the CCIC (Coalition for Consumer Information on Cosmetics), creating a single global standard to be respected by companies wishing to acquire Cruelty free certification for their products.

The standard promoted by these associations ensures that a product is free from new animal testing. In addition, since many of the ingredients in the past have been tested in vivo, the eight associations have designed their standard to prevent future testing, trying to eliminate this practice from the industry.

In Italy, the most important association in the cruelty free sector is the LAV. 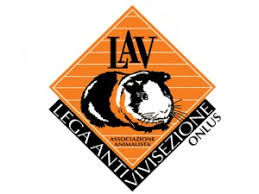 Born in 1977, it is an association that combats every type of animal exploitation and suffering, promoting new laws and spurring the application in the cosmetics sector and beyond.

LAV, thanks to its presence in the territory, each year helps a lot of animals, hindering in-vivo tests. It was one of the associations to denounce the famous Green Hill, saving over 2000 beagle. There are so many awareness campaigns and educational projects for kids and schools.

In addition, thanks to a consolidated network of relationships and collaboration with the Institutions and other associations, it fights every day to encourage the drafting of clear legislation. It brings forward informational campaigns not only to those who already know the world of the free kittens, but also to citizens who are unaware of this problem.

This website uses cookies to improve your experience while you navigate through the website. Out of these, the cookies that are categorized as necessary are stored on your browser as they are essential for the working of basic functionalities of the website. We also use third-party cookies that help us analyze and understand how you use this website. These cookies will be stored in your browser only with your consent. You also have the option to opt-out of these cookies. But opting out of some of these cookies may affect your browsing experience.
Necessary Always Enabled

Any cookies that may not be particularly necessary for the website to function and is used specifically to collect user personal data via analytics, ads, other embedded contents are termed as non-necessary cookies. It is mandatory to procure user consent prior to running these cookies on your website.